A dental crown is essentially a tooth shaped fixed prosthetic device that completely encloses a decayed tooth to provide the same function and aesthetic of a natural tooth.

On this page, Dr. Lyuda explains the different reasons you may need a dental crown, and what the process is a VIP Dental Lounge. 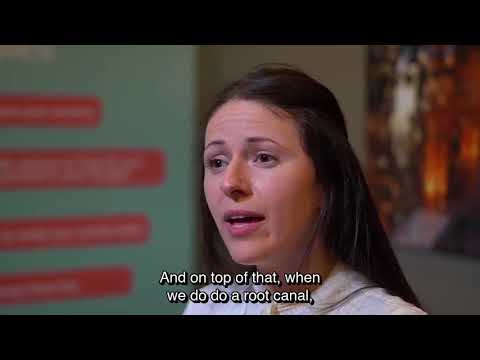 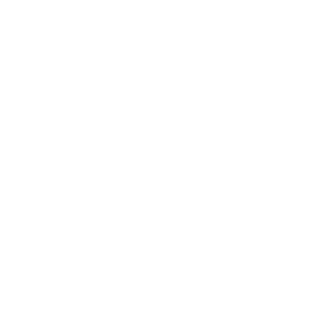 What is a Dental Crown and Why It May Be Needed

In this video, Dr. Lyuda explains what a dental crown is and what an artistic crown is. She walks through the different reasons why someone may need a dental crown such as-decayed tooth, really wide fillings, after a root canal, or pure aesthetics.

What is a Dental Crown and Why It May Be Needed

Dr. Lyuda: At VIP Dental Lounge, we do a lot of crowns, especially a lot what we call artistic crowns. Before I go into our process of creating crowns, let me walk you through what a crown is and how it works. A dental crown is essentially a tooth shaped cap that is placed over a tooth to cover the tooth to restore its shape and size, strength and improve its appearance. The crowns when cemented into place fully encase the entire visible portion of the tooth that lies at and above the gumline. There are many reasons why a patient may need or may benefit from a dental crown. For example, really wide fillings and what happens is if the filling is wide, the walls of the tooth are really thin so you essentially just have a shell of enamel. The tooth is very prone to fracture at that point. It is important to either do at least an onlay if we want to be conservative in those areas or to completely fully crown the tooth. Another one of the most common reasons why we place crowns is after a root canal. After the root canal is done, there is no more blood supply to the tooth so the tooth just dries out over time. It becomes just very fragile, very prone to fractures again and on top of that, when we do do a root canal, we make a big hole to get into those canals in order to do a root canal, weakening the walls of the tooth once more. 95% of the time those teeth break. It is extremely, extremely important to crown those teeth. Another reason is if a person grinds their teeth and they have ground their enamel so much that now we can see the second layer of the tooth, which is called the dentin and people either become sensitive or their bite has collapsed because their teeth have become so short. We can also crown those teeth to restore complete function, the complete aesthetics to the tooth. The last reason I would name is for aesthetics. It is definitely not a conservative way of doing it, especially if the tooth doesn’t have any fillings, but we can straighten. We can change the shape. We can change the color and to make a beautiful smile without going through even orthodontics. 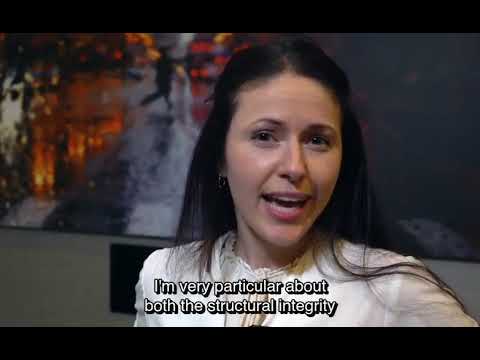 In this video, Dr. Lyuda goes through a simulation of the procedure used to place a dental crown.

Dr. Lyuda: Let me walk you through the process of getting a dental crown. So here’s an example of a tooth that has a cavity which is the black and brown portion you can see on the left. You can also see that the tooth is fractured, whether it’s due to a cavity again or maybe a root canal was done or the filling was too wide and the tooth has fractured. So what we do is we remove the cavity and we prepare the tooth, this is called prepping in to a certain shape so that the crown can sit on the tooth and be cemented on. Now you can see that there are still holes because we cleaned the cavity and then the broken part of the tooth is still missing so we need to build that tooth up and create a foundation for the crown to sit on, which is called a build up. So all this white stuff is building up a tooth, and now we can put a crown on it and cement it and voila you’re done. I’m very particular about both the structural integrity of a crown as well as the aesthetics. That’s why I only work with local, small labs. I only work with a couple of lab technicians who know exactly what I’m expecting. There are plenty of national labs out there that offer better pricing, but I only work with someone who’s able and willing to come to the office as needed. The two labs I work with, I know the technicians very well and we have worked together on numerous cases. Often if I needed something done slightly different or modified, I can just call and speak with the lab technician, or even have them come in when the patient is in the office. Each patients teeth anatomy is unique and with crowns, we’re talking about fractions of millimeter positions so it’s very important that the crown is fabricated and fits perfectly. 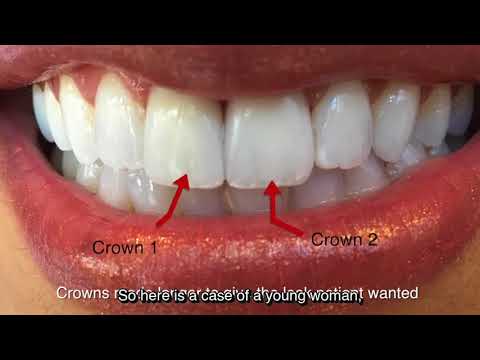 What is an Artistic Dental Crown

For any front teeth that are visible when you smile, extra precaution needs to be taken to ensure that the tooth we are replacing with a crown looks extremely natural as well as mimics the surrounding teeth. To achieve this, we utilize a local lab that comes to the office for ‘custom shading’. Additionally, we spend a lot of time ‘designing’ the tooth to match your natural variations to account for features like translucency, shape, color, etc.

What is an Artistic Dental Crown

Dr. Lyuda: One concern that patients usually bring up is that they don’t want anything bulky or fake-looking, so that’s where the artistic comes to life, because it gives us the most natural, the most aesthetic, the most beautiful crown that matches the rest of your teeth, where nobody can tell that it’s a crown. Whether it’s translucency in the tooth … Some people don’t have translucency, so maybe we want the tooth to be a little bit opaque. Some people have little white spots, we call them decalcifications. Sometimes they’re spots, sometimes they’re feathery little lines, so we want to make sure that we add those details so that you cannot tell one tooth from the other. If a crown comes where one crown fits all, it’s going to stick out, and everyone is going to notice that it is a fake tooth, so we want it to be as natural as possible. The crowns that we do offer are very thin. They’re not bulky, so they match perfectly to the thickness or thinness of the tooth next to it. Some people do have thicker teeth, some people do thinner teeth, so they match it precisely to the teeth, to the adjacent tooth, and that is the key for it to be as natural, and beautiful as possible. So here is a case of a young woman, and she had her two front teeth broken when she fainted. Unfortunately she pretty much broke them in half. She also had some bondings done. They were just kind of getting stained over time, and didn’t look natural. We did two crowns for her, and they look gorgeous, where you can’t tell them apart from the other teeth. Sarah wanted some tooth structure to be shown, when her lips were at rest, not smiling. You can kind of see that in magazines. Often in fashion magazines a lot of models have that. She’s a beautiful girl, and we definitely wanted her to have that look, so we made those crowns just a little bit longer so that it could be seen when her lips were at rest. 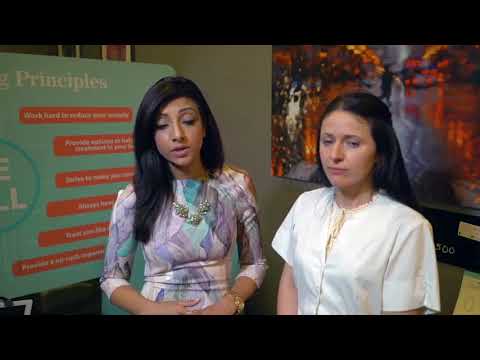 Sarah is a patient of ours that had unfortunately fainted once and fell breaking her front two teeth. She came to Dr. Lyuda to get the artistic dental crowns to provide the most natural look. In this video, she describes her experience at VIP Dental Lounge

Sarah: A few years ago I had an accident, pretty embarrassing. I fell flat on my face after I fainted. That resulted in me knocking out my two front teeth, half of them. It was really unattractive. Initially, I had some just filling in place and I had a special event coming up, so I wanted to get them fixed. I did some research, I came across VIP Dental Lounge. I was really impressed with their reviews, in terms of their artistic crowns. So, I came on over. I met with Dr. Lyuda and she was able to help me, you know, we had the initial appointment. Sarah: I met with the lab technician, he came over, which was incredibly convenient because I was coming from out of town. And, he was able to establish an amazing match for color that was … Looked really natural with my current teeth. In just a few appointments, we were able to complete the crowns and the result was amazing. I’m so, so happy with the result thanks to Dr. Lyuda. She … Her attention to detail was unbelievable. I have a great fit, match, and such a natural look, and thanks to her I love my smile. Dr. Lyuda: Yay.

Get Social with Us